There’s a phrase that’s been used a lot in recent years. “I can’t unsee that!” It is often tied to some image online of someone wearing something they shouldn’t or similar. However, it also has a deeper meaning that isn’t about something to avoid but instead that someone experiences/sees/hears that changes them in a way from which they can never go back. This came to mind for me a few days ago when I read the following from Galatians 4:8-9

Formerly when you did not know God, you were enslaved to beings that by nature are not gods at all. But now that you have come to know God (or rather to be known by God), how can you turn back again to the weak and worthless basic forces?

I am not sure that Paul was thinking necessarily of “unseeing” things but that’s what I heard in his words. Why would they go back to what they once were now that they had come to know God? This really resonates with me as there are so many things, but especially so in the last 4-5 years that I have experienced that I cannot unsee and from which I cannot and don’t want to go back. It is in books I’ve read, places I’ve visited, people with whom I have shared, life that has happened, and the list goes on. Each of these things in the image are that which I cannot go back from that have been part of God’s work in me the last several years that makes me who I am today and who God continues to mold me to be. It hasn’t always been easy but it has been necessary and now that I am in the place I am, I don’t want to go back to where I once was. I don’t want to unsee but instead I keep saying to Jesus (just like the blind man), “I want to see.” 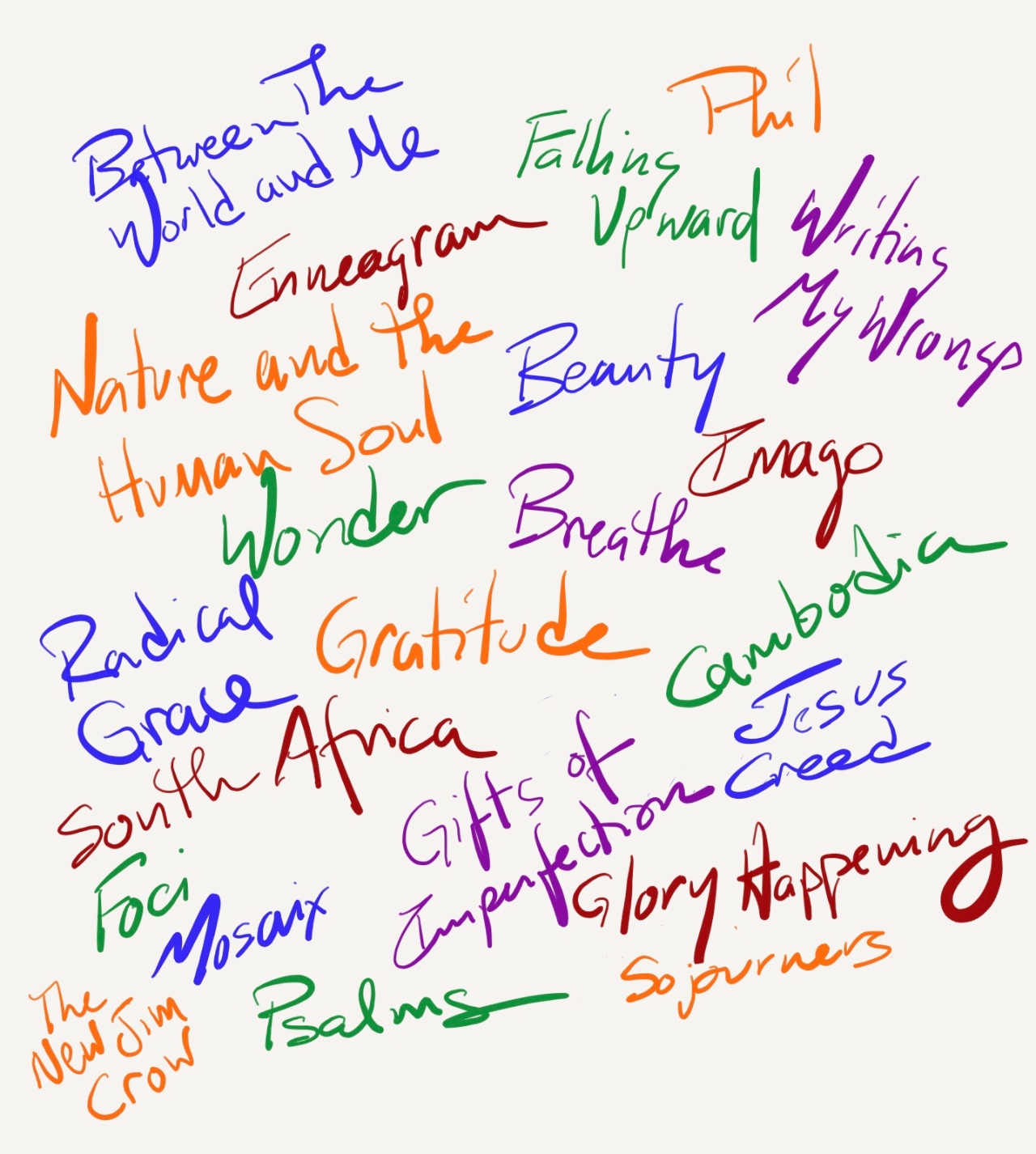