Yesterday, I was delivering some supplies to another congregation who are opening up their doors several nights a week for homeless individuals who have nowhere else to go. We had a bunch of air mattresses, blankets, sheet sets, and pillows that we were able to give them. As I spoke with the pastor of this congregation, she shared about how several of the people staying with them has shared of how their congregation doesn’t treat them like “an issue” or a “problem” but instead they treat them like human beings and honor them as such. The sad reality is that we often don’t view others as humans but instead as issues or problems.

One area in particular with this is with the current debate about immigration in our country. When we depersonalize the debate and it is just about the issue of “illegals” or about “immigration” it is easy to forget that it is ultimately about people. It is about human beings on both sides of the border who want the very best for their lives, for their families, and for their countries. But the moment we start to depersonalize or dehumanize people we start down a dangerous road. Regardless of what side of the political spectrum we stand on, we cannot forget that it is people who are caught in the debate. There are people who are human beings created beautifully and uniquely in the image of God. Those of us who claim the words of the Bible as speaking the Word of God cannot forget that a great deal of the laws in the Hebrew Scriptures deal with care for those who are from outside “us” and with hospitality and generosity. We cannot forget that Jesus, as a child was forced to flee with his parents to another country to escape persecution and terror.

I took this picture on Sunday night at our congregation’s interactive worship night. People were to place these crystals on different places of a map where their hearts were praying for God’s love to be experienced. Someone placed theirs right on the border. Little did I know when I took this picture that Thursday’s devotion (written by Beckie) would speak to this very spot and this very debate and these very people. Thank you Beckie for challenging us once again today. 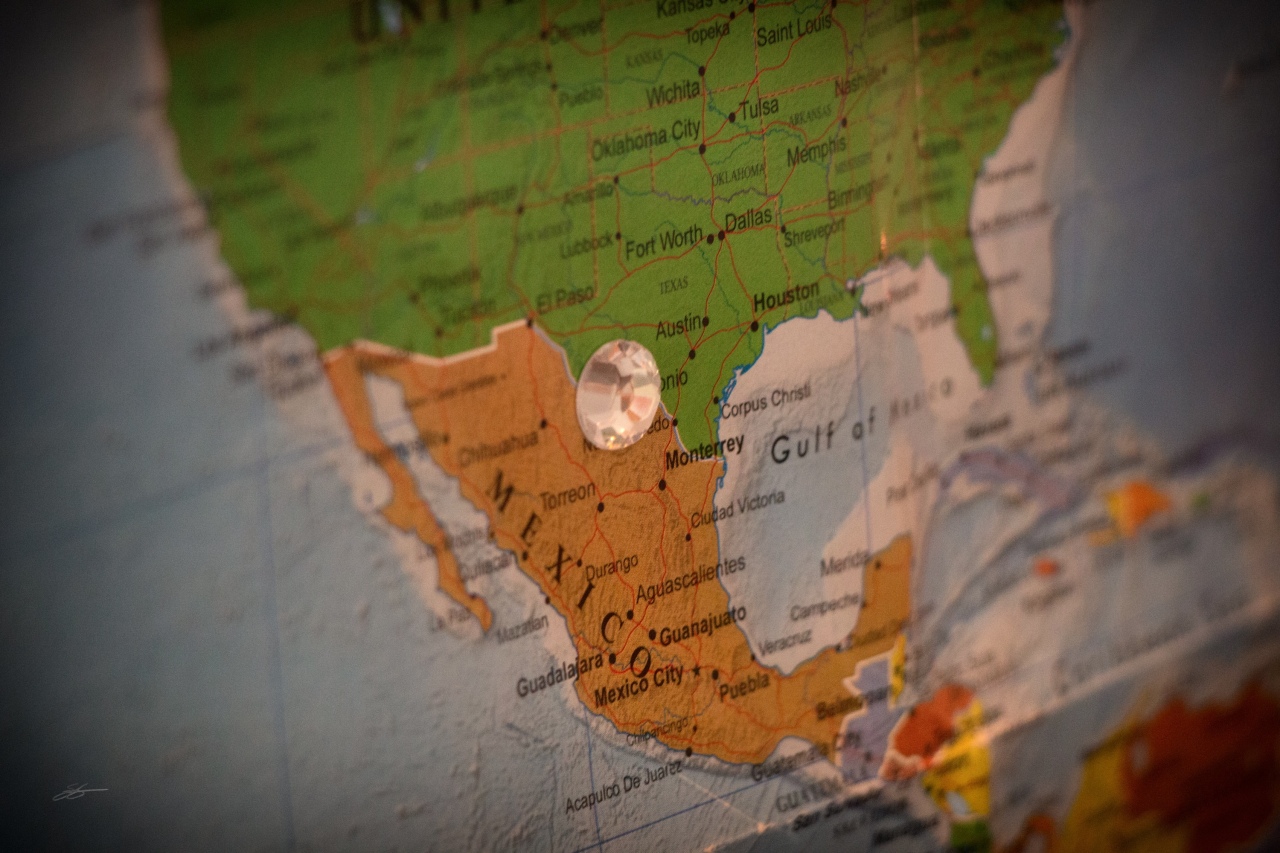